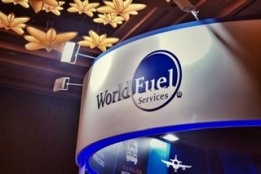 US-listed World Fuel Services has found the IMO 2020 transition into cleaner shipping fuels highly lucrative, with a 64% gain in profits per tonne of marine fuel it sold in the fourth quarter.

The company's marine segment saw profits gain 37% to $56.6 million in the fourth quarter of last year from $41.3 million in the same period a year earlier, it said in financial results posted on Thursday.

Very low sulfur fuel oil (VLSFO) prices spiked in the fourth quarter with shipping companies shifting to the new blends and building up large stocks to avoid any disruption from shortages.

The highly fragmented nature of the VLSFO market is also a helpful environment for bunker sellers, with widespread uncertainty over price differentials for types of blend with particular specifications.

In a call with analysts Thursday CEO Michael Kasbar warned investors against assuming the profits would last indefinitely.

"We got some benefit with the disruptions and some of the adjustments in [quarters] three and four," he said, according to a transcript from SeekingAlpha.

"I think we haven't seen how this is going to shake out into a regular run rate yield."

The company said it may be another month before general oil demand starts to recover.

Edmund Hughes is the latest figure to join the debate over VLSFO black carbon emissions.

The company's engilne oils are now available at 16 ports across the country including Busan, Ulsan, Incheon, Pohang and Pyeongtek.