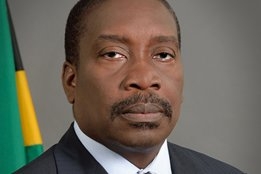 Honourable Robert Montague, Minister of Transport and Mining, will deliver the keynote address at the official opening of the IBIA Caribbean Bunker Conference - The Caribbean Journey to 2020 Compliance, scheduled to take place September 10 – 12, 2019 in Montego Bay.

In highlighting Jamaica's opportunities to supply marine fuel, as the bunker and shipping industries consider regulatory changes brought on by IMO2020, Minister Montague stated: "The Government, through the Maritime Authority of Jamaica (MAJ), has not hesitated to ensure that the implementation of the necessary instruments promulgated by the International Maritime Organization (IMO) and the consequential enshrinement of those conventions into domestic law, predominately via the Shipping Act, receive priority."

The Minister pointed out that Jamaica, as with many other States within the wider Caribbean Region, is a signatory to the MARPOL Convention and has also acceded to the Annex VI which addresses the regulation of air emissions from ships.

He said, “The regulations that govern fuel cap to 0.5% sulphur will be observed by Jamaica and that is a commitment from the government exercised by our maritime agency, the Maritime Authority of Jamaica (MAJ). So, through their offices and duly recognised organizations, the sulphur cap will be enforced on our flag ships on the one hand and, on the other, foreign flagged ships calling at our ports in Jamaica will be monitored by MAJ Port State Control Officers in Jamaica.”

When asked about possible challenges this new IMO2020 rule will pose, the Minister said "Of course, a major challenge for the bunkering industry in Jamaica will be the provision of compliant fuel to meet the demands of the ships that operate locally and those that either trade at our ports, or will proceed to the bunkering stations in the country through simple short diversions from their transits proximate to Jamaica."

"I am confident, however, that this upcoming conference is set to address compliance solutions as Jamaica advances its capabilities to becoming a bunkering nation. At the same time, I have been advised by our local refinery that compliant fuel will be available in Jamaica," Minister Montague said.

The event is hosted by Maritime Authority of Jamaica and presented in partnership with Ship & Bunker.

For more information, including the full agenda and to register, visit: https://shipandbunker.com/events/icbc

After a significantly improved performance during the Sep-Nov 2019 period compared to 2018.

Analyst warns to expect erratic trading behaviour in the near future.