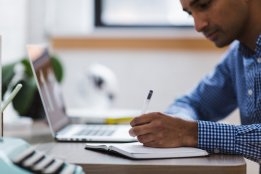 Research firm Woodmac expects compliance with the International Maritime Organisation 0.5% global sulfur cap on bunker fuel to run at 85% in 2020 rising to full compliance by 2025.

In addition, the firm says that scrubbed marine fuel, where the sulfur is removed from a ship's exhaust before being released into the atmosphere, will comprise around 10% of total marine fuel used when the new rule starts on January 1, according to Reuters.

Liquified natural gas (LNG) use, which is seen as an alternative bunker fuel to conventional oil-derived fuel, will displace 100,000 barrels a day (b/d) of marine fuels in 2020.

The analyst sees a 70% increase in demand for LNG as bunker fuel between 2019 and 2020 while the availability of very low-sulfur fuel oil will be 1.4 million b/d in 2020, according to the report.

The lack of a level playing field, where some operations might knowingly flaunt the new rule to gain commercial advantage, has been one of the concerns of the regulation's impact leading to the formation of pressure group Trident Alliance.

The use of scrubbers has generated much debate. Many ship operators have taken a wait-and-see approach to IMO2020, holding back until the price differentials between high and low sulfur fuel oil become clearer.

The growth in LNG demand is expected to be incremental with some areas, for example northern Europe, likely to experience steady demand growth. Lack of infrastructure is seen as the alternative bunker fuel's main drawback.

Selfinvest reported a record pre-tax profit of 1 billion Danish krone ($151 million) in the year to April 30.

The model is designed to handle engine power up to 10 MW and up to 75 tonnes of exhaust gas per hour, making it suitable for vessels around the 40,000-65,000 DWT range.