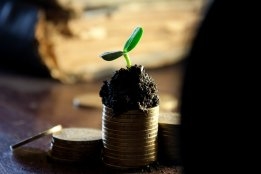 From its first quarter 2020 results onwards, the company will seek to return at least 80% of profits to shareholders in quarterly dividends, the company said Thursday.

The dividends will include a fixed element of three cents a share.

In 2019 Euronav generated much interest among oil traders with its strategy of building large stocks of very low sulfur fuel oil  and blending components in floating storage on one of the biggest oil tankers in the world, its ultra large crude carrier the Oceania.

By September the company had built up an inventory of 420,000mt of VLSFO and other compliant fuels, and by the time of its third-quarter results released on 29 October it said the average price it had paid for the fuels was around $80/mt below current spot prices.

Average VLSFO prices gained another $126/mt between then and the end of the year, according to Ship & Bunker assessments.

How Much Has IMO2020 Raised Bunker Prices?

The absence of representative seal numbers in the BDN will considerably weaken any claim case between the buyer and seller of bunkers in the event of a quality dispute.