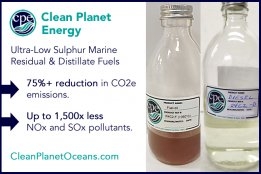 The firm has produced a marine residual fuel meeting ISO 8217:2017 standards and a marine distillate fuel matching EN15940 diesel standards, it said in an emailed statement on Monday.

The fuels also deliver a cut of carbon dioxide equivalent emissions of more than 75% versus conventional bunkers, the company said.

The firm is currently building two plants capable of producing the fuels, with another four in development. Each plant can process 20,000 mt/year of waste plastics.

Removing Ever Given From Suez Canal May Take 'Weeks': Boskalis

Dredging company Boskalis believes it is too early to tell how long the job might take.