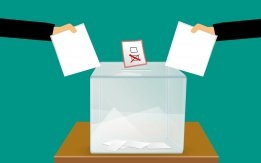 The results of the election will be announced in the week starting February 22. File Image / Pixabay

Bunker industry association IBIA has announced its list of candidates to join its board, including two strong supporters of LNG bunkering.

Both Prokopakis and Rosenkrans are prominent advocates of LNG bunkering, and could be expected to bring this growing segment of marine fuel demand closer to IBIA's work if elected.

The candidates are standing for three board positions, IBIA said in a statement on its website Monday. The results of the election will be announced in the week starting February 22, and the new board members will start work from April 1.

The simulations are designed to help strengthen Sinopec staff's knowledge of the bunker business.