VLSFO Adds up to $20,000/Year of Operational Costs Per Ship: Norbulk Shipping 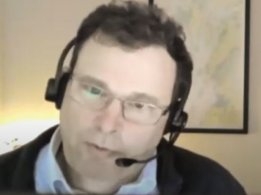 The use of VLSFO since the IMO 2020 transition may have added operational costs of as much as $20,000/year per ship on top of the higher bunker price, according to Norbulk Shipping.

Sacha Cornell, fleet manager of Norbulk Shipping, made the estimate during a recent webinar hosted by Maritime AMC.

"I would guesstimate that the extra cost for additional sampling, onboard test kits, increased purifier maintenance, supply and installation of cermet piston rings, treatment chemicals, additional filtration equipment is in the region of between US$10,000 and $20,000 per ship per annum," he said.

Cornell cited an example of a VLSFO stem at Rotterdam causing purifier and fuel system blockages, and the crew having to repeatedly clean the systems every 24 hours until the fuel was used.

"Until the vessel had consumed all the bunkers, the crew had no option but to handle the problem onboard which is not a good situation for any engineer or ship owner to be in, especially when you are unable to make a claim against bunker supplier," he said.