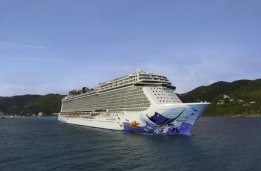 Norwegian Cruise Line has set a new long-term climate action strategy for itself including offsetting three million mt of carbon dioxide equivalent over the next three years, it said in a statement on its website on Wednesday.

Norwegian Cruise Line has already reduced its fuel consumption per capacity day by about 17% from 2008 to 2019, it said.

Berit Hinnemann, head of decarbonisation business development at Maersk, explains the company's thinking around scaling up its methanol supply in the coming years.