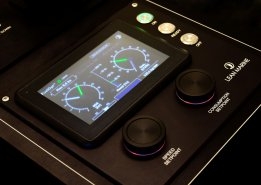 Technology company Lean Marine has announced it now has 200 vessels running its propulsion optimisation system as the shipping industry increasingly seeks digital solutions to cut its fuel bills and emissions.

There were 200 vessels and more than 50 shipowners using the FuelOpt system by late March, Lean Marine said in an emailed statement on Thursday.

"FuelOpt focuses on the parameters that matter the most for enhanced vessel efficiency: speed, fuel consumption, engine power or a combination thereof," the company said in the statement.

"It provides the crew full control of these parameters via an intuitive panel on the bridge.

"Once activated, the system dynamically controls vessel propulsion based on the commands set, adapting the propulsive power to the changing environmental conditions.

"In this way, steady and predictable shaft power can be achieved, removing costly variations in speed and power caused by human operational factors and achieving real-time fuel savings and emissions reductions."

FuelOpt was first released in 2013.

The company has completed a feasibility and concept study for marine fuel cells with AVL List.

First LNG Bunkering of Aframax Tanker in US

Shell bunkered Sovcomflot's tanker the Gagarin Prospect with 1,075 m3 of LNG using the Q-LNG 4000 bunkering vessel outside Canaveral in Florida on Monday.

Evergreen Marine's 20,000 TEU ship the Ever Given ran aground on Tuesday morning, causing traffic on the canal to halt in both directions.