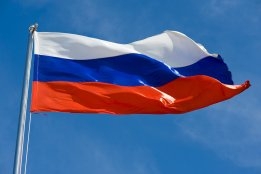 Rosneft is one of the largest suppliers in the Russian bunker market. File Image / Pixabay

Russian energy producer Rosneft has started production of very low sulfur fuel oil (VLSFO) at its Syzran refinery in the south-west of the country, the company said Thursday.

The company started production of the fuel in early 2020, it said in a statement on its website.

In total Rosneft supplied just 112,000 mt of VLSFO to domestic and international customers in the first quarter.

Rosneft expanded sales of the product to ports in the Russian Far East, the Black Sea, the Arctic and the Baltic in April, it said.

Russian bunker sales have traditionally been supported by the ample output of high sulfur fuel oil from its refineries. Its ports may struggle to retain their share of the global marine fuels market in the era of lower-sulfur fuels.

Jesper Rosenkrans of TotalEnergies Steps Down From IBIA Board

IBIA's board has decided not to find a replacement for Rosenkrans in the immediate term.

Poh Fu Teck, director of Vermont UM Bunkering, is facing nine charges under section 47(6) of Singapore's Corruption, Drug Trafficking and Other Serious Crimes Act and one charge under section 420 of its penal code.

The two companies have signed a deal making Drydocks World-Dubai an approved installation provider of the systems.