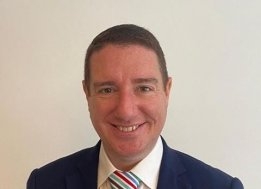 Anthony Mollet has been appointed executive officer as of this month. Image Credit: Marine Fuels Alliance

Anthony Mollet has been appointed executive officer as of this month, the organisation said in an emailed statement on Wednesday.

Mollet is business development manager for shipping services company International Fender Providers, according to his LinkedIn profile, and has previously worked for firms including Shell and GAC Group.

"I am delighted to be leading the Marine Fuels Alliance in what is undoubtedly a pivotal moment for independent bunker suppliers," Mollet said in the statement.

"Since its launch in April, the industry response to the MFA has been extremely encouraging – so much so that the organisation now finds itself in a position to appoint a full-time Executive Officer.

"My job will be to build on this momentum and to lead the MFA into the next phase of its development.

"Independent physical suppliers continue to face significant challenges and as an industry organisation we will strive to represent them with a strong collective voice and support them with access to a range of products and services."

The organisation plans to start accepting membership applications from physical suppliers in the first quarter of next year.