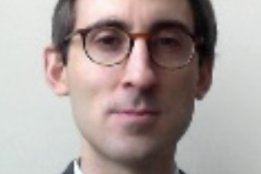 Mushrooming policy and private sector initiatives are spurring a leap in fuel and propulsion technology. Indeed, the 2021 Clydebank Declaration set an early goal of six green shipping corridors by 2025. Thus, we may be witnessing the early stages of a shift toward that multi-fuel scenario which the International Chamber of Shipping (ICS) ponders will define the future of shipping.

Like many, they see ammonia, biofuels, LNG, methanol (and e-fuels), as the main candidates. That view is also largely shared by the International Energy Agency, for which ammonia, biofuels and hydrogen could fulfill over 80% of the sector's needs by 2070. For its part, the International Renewable Energy Agency is betting on methanol (green) and, especially, ammonia as critical for the sector. Yet, the jostling going on in the backdrop between supporters and detractors of these various fuels bares a vague resemblance to the late 19th Century's "war of the currents" raising the question whether one will eventually prevail, while some players seem to be hedging their bets by keeping a hand in every pot. Currently LNG, ammonia-ready, LNG-ready and LPG top the newbuilds orderbook.

the picture emerging is one where authorities, bunker suppliers, ship and cargo interests come together at these locations through partnerships, investments, studies and trials

Notwithstanding the moving targets, it can be helpful to take a snapshot of the present state of play for those main fuel types as of about 3Q 2022. Using the Baltic Exchange sample as a reference, this piece casts a bit of light on the concrete situation unfolding at four key bunkering ports. Currently, only Rotterdam publishes the volumes of alternative bunker sales. The other three either do not, declined to share, or had not responded at the time of this writing. Nonetheless, when available, data on physical deliveries reveals very limited actual volumes, even for LNG which has been in use well over a decade.

All in all, the picture emerging is one where authorities, bunker suppliers, ship and cargo interests come together at these locations through partnerships, investments, studies and trials in preparation for a paradigm premised on an even closer overlap between fuel production, storage, bunkering and port facilities.

Fujairah has been coyly exploring ways to offer alternative fuels, but has no active plans to the effect, as they are still considered premature and risky.

Nonetheless, GAC is able to offer biofuel blends, and so does a partnership between Uniper and Neutral Fuels. In 2022, Monjasa joined those two partners as a logistics enabler.

The introduction of LNG bunkering through a partnership with ADNOC was vented in February 2022. Construction contracts for a new LNG export terminal  were awarded in May, with completion expected between 2026 and 2028. The two new LNG trains would also feed the prospective bunkering business.

Ammonia and methanol are not currently available, but hydrogen is reportedly being studied.

Houston adopted a decarbonization strategy in April 2022 setting a net zero goal for 2050 through the adoption of alternative fuels and participation in green shipping corridors.

Ammonia was labelled a ‘viable fuel’ by the American Association of Port Authorities thanks to its availability, versatility, and yield potential

Ammonia was labelled a 'viable fuel' by the American Association of Port Authorities thanks to its availability, versatility, and yield potential. In December 2021, a waterborne ammonia terminal owned by Vopak Moda Houston was commissioned, and is now fully operational and ready for a range of purposes including bunkering.

On the other hand, the Vopak Terminal Deer Park offers storage for biofuels, which can be scaled to supply bunkering operations.

Conversely, Houston isn't ready for hydrogen, but the neighboring  Port of Corpus Christi is gearing up to become a hydrogen export hub in cooperation with Howard Energy Partners, by converting the latter's Javelina plant, which could eventually supply bunkering facilities in the USG range.
As to LNG, Pilot LNG reached a Heads of Agreement with GAC to supply it with LNG for sale in the strategic Galveston Bay area, which includes the ports of Houston, Galveston and Texas City, as well as Galveston Offshore Lightering Area. Then, in November 2021 awarded the front-end engineering and design contract for its Galveston LNG Bunker Port.

Rotterdam is preparing for alternative fuels. It is ready for ammonia thanks to OCI N.V.'s decision to expand its terminal, which will both cater to bunkering demand starting 2024/25  and stand as a hub for Middle East and North African imports.

Biofuels are available and supply is increasing. By Q1 2022 it had doubled yoy after reaching 200,000 m3 in Q1 2020. While UPM is now planning a new biorefinery at the port, Goodfuels has long been supplying biofuels and also enjoyed a partnership with VARO Energy since 2018. Other prominent players include Delta Energy Fuel Supply & Trading which started supplying biofuel blends in July 2021. The same year, GoodFuels completed a first bunkering for Unifeeder, which subsequently also reported a supply contract for a 100% biofuel from Varo.  Additional trials will see BP supplying both Maersk Tankers and  Rio Tinto, whereas TFG Marine alongside MOL Chemical Tankers are studying regular deliveries, possibly at Rotterdam among several options being considered.

With regards to hydrogen, a large import and storage facility is nearing completion thanks to the involvement of major industry names.  Moreover, the port has inked an agreement with Uniper for the production of green hydrogen within port territory. Additional import capacity could come from a partnership between Gasunie and Vopak to develop terminal infrastructure. In turn, the neighboring port of Amsterdam has already tested hydrogen bunkering.

LNG bunkering begun in 2011 and is now available both on a shore-to-ship and ship-to-ship basis. Nine LNG bunker vessels operate in the area, three of which permanently deployed. September 2020, the port welcomed MOL's Gas Agility LNG bunkering vessel which will operate out of the port for a decade.

With regards to methanol, Waterfront Shipping demonstrated the launch of the world's first barge-to-ship bunkering operation in May 2021. Besides, the port has partnered with Gidara to develop Advanced Methanol Rotterdam, a waste to methanol facility whose prospective customers include an assortment of bunkering companies.

Singapore is forging ahead with its alternative fuel developments and has the interest of several stakeholders.

With regards to ammonia, recent agreements include a MoU between Sumitomo Corporation and Keppel FELS, another one binds ITOCHU ENEX, ITOCHU Corporation and Vopak Terminals Singapore; while another one brings together ABS and other knowledge and industry partners – so far all at feasibility stage. Fratelli Cosulich signed an MoU with CIMC SOE for the construction of an ammonia bunkering barge that follows a Joint Development Program agreement with RINA and Seatech Solutions. Maersk is likewise in the bunker tanker game, spearheading a study by a variegated group of stakeholders including Singapore's Maritime and Port Authority (MPA), with the goal of commencing operations by 2030.

the Castor Initiative is examining safety and procedures for ammonia bunkering

Meanwhile, the Castor Initiative is examining safety and procedures for ammonia bunkering, at the same time as DNV with Surbana Jurong and the Singapore Maritime Academy are studying safety and operational guidelines to be tested in two sandbox trials.

In biofuels, Rotterdam's Goodfuels is a also prominent player here too. In 2020 it reached a deal with Eastern Pacific, then completed a trial drop-in supply for Oldendorff in April 2021, and partnered with Itochu for supply of marine biofuel with an option to scale up deliveries to Japan and the wider Asia-Pacific. Additional trials involve Toyota Tsusho Petroleum and NYK, and TotalEnergies, which carried out its first marine biofuel trial with a ship-to-ship transfer for a NYK chartered bulker, and supplied a MOL car carrier. In 2022, V-Bunkers began barge deliveries of bio-fuel VLSFO blends, while the local Chevron refinery reached a deal with MOL for the supply of cooking-oil based blends for one of its panamaxes.

On the Hydrogen front, Singapore is in touch with Unitrove, the company that showcased world's first liquid hydrogen bunkering facility during COP26 in Glasgow, and which implemented LNG bunkering projects there in the past.

An early mover in LNG bunkering, Singapore witnessed sales of some 50,000mt of that fuel in 2021

An early mover in LNG bunkering, Singapore witnessed sales of some 50,000mt of that fuel in 2021. Driving this trend, FueLNG conducted over 460 operations during that year. In April 2022, Pavillon Energy begun operations with a MOL-owned 12,000 cbm bunker vessel, reportedly the largest in service at the port. Fratelli Cosulich, which recently placed an order for its second LNG bunker vessel, may opt to deploy it in Singapore, where the MPA and other stakeholders have bet big on LNG as a bridge fuel.

Lastly, the Methanol Institute sees Singapore taking up a large role as a bunkering and trading hub for the alternative fuel. In January 2022, the Methanol Institute, SeaTech Solutions and Singfar International will study applications of methanol as an alternative bunker fuel. A.P. Moller – Maersk is leading another study to be completed by the end of 2022 with the aim of building a green methanol pilot plant for marine fuels.

While the wheels of a marine fuels revolution are starting to turn, the challenge of decarbonising the shipping sector is massive. First, most projects are at pilot stage, if not merely at the drawing board. It is to be seen when and to what extent will these fuels reach the wide availability for the respective bunkering options to make sense operationally. Second, and more importantly, the scale of the undertaking is daunting.

For one, the sheer requirement for future fuels just to power the sector would equal today's entire world production of renewables. The estimated price tag is in the range of $38-$118 billion a year between 2022 and 2050 according to DNV, the tally comprising onboard and onshore investments. But by one account decarbonizing shipping could cost as much as $1 trillion.

Third, the higher price of green fuels than of traditional ones remains a turnoff. On a side-note, electric and wind (1m dwt now afloat) propulsion are also being rolled out, while nuclear is also being pushed with the UK seeing a recent approval of relevant regulations, and the US awarding a study of the matter.

The WSC is calling for a well-to-wake approach on assessing the GHG emissions output of alternative bunker fuels.

As half of potential orders would stay with fuel oil.

Meanwhile, the EU continues to squabble over the proposed price cap.