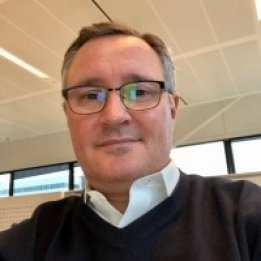 Philip Goedkoop will take over as CEO as of May 1, the company said in an emailed statement on Monday. Goedkoop was previously a senior biodiesel trader at Cargill.

Goedkoop's predecessor, Christian Kint, is stepping down after 40 years as the firm's CEO, and will move to become executive chairman of the company's board.

"Philip brings 32 years of experience in the oil business and his recent experience as senior biodiesel merchant at Cargill will help to further develop the bio bunker fuel deliveries in the ARA region, for which Oilchart is fully licenced via its office in Rotterdam," the company said in the statement.

"Besides being a leading independent supplier of quality bunkers fuels and services  in ARA, Oilchart places a strong emphasis on the energy transition as part of its strategy."

Oilchart has also hired Ken Verbraeken to join its sales and trading team in May, it said. Verbraeken was previously the commercial manager of Belgian oil products firm Gilops Group.

The firm has taken on more capital from existing investors AP Moller Holding and Cargill, as well as new investment from equity company PSG Equity.

The company is looking for candidates with experience in customer success and a relevant degree.

Maersk: Our Methanol Demand Could Reach 6 Million MT/Year by 2030

Some Maersk vessels may also be running on ammonia by 2030.