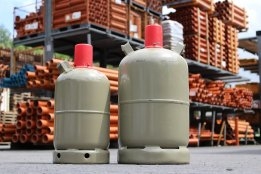 Propane may soon be fuelling a small segment of the global fleet. File Image / Pixabay

Petredec has ordered three 93,000 m3 LPG carriers capable of running on LPG, to be built at the Jiangnan Shipyard in China, MAN said in an emailed statement.

The ships are due for delivery in January, March and May 2023. The deal includes an option to order three more.

"We are proud to have ordered the next generation of VLGCs, which marks an important step for both us and the industry towards decarbonisation by emitting 30% less CO2 than the previous generation 84,000 cbm ships burning LSFO," Giles Fearn, group CEO of Petredec, said in the statement.

"It clearly positions Petredec as the pre-eminent owner of VLGC's with dual-fuel LPG, and we are excited for what this next chapter in the company's evolution will bring."

Last month MAN announced it had completed the retrofit of BW LPG's gas carrier the BW Gemini to be capable of running on LPG, the world's first LPG retrofit of any ship.

But Kemp says Covid is still a major concern for the commodity.

Booking intentions not enough to continue the project in its present form.