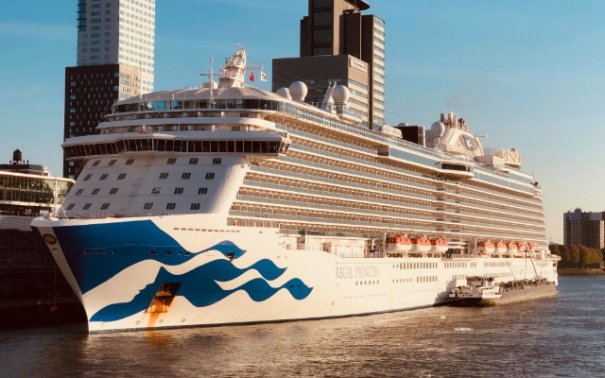 There was a sense of enormous foreboding at the start of the Covid pandemic, once the enormity of it all set in, that it would be the end of the cruise holiday as we know it and be the nemesis of the cruise industry as a whole.

Prior to the pandemic the "big four" had some of the strongest balance sheets in shipping but there were a lot of financial institutions shorting cruise stock like mad at one point during Covid and all sorts of "anonymous" accounts were spamming Quora and Reddit and the like with leading questions like "Now that Covid has destroyed the cruise companies, how soon will <<insert cruise major group name here>> go bankrupt?".  It was a rather cynical and unedifying time.

Prior to this period the cruise market was very US-centric and we only really saw cruising of any meaningful scale in Australia, Europe and the Med and even then only seasonally

People love to write off the cruise companies.

They did it post-9/11 and again during the 2008 sub-prime financial catastrophe, and yet again immediately post-Costa Concordia. Cruising responded by going on a run of incredible profitability immediately afterwards in each case as analysts totally misunderstood the mainstream cruise demographic. People will always take holidays: even in recessions. They like eating and drinking to their heart's content without worrying about the cost and that holds true even more so in a period of financial instability. They like loyalty programmes and taking ultra low-cost flights to cruise hubs to spend a week in a cruise cabin that is cheaper on a per night basis than a four star hotel ashore, but that travels around to lovely places and of course, feeds and entertains you very extravagantly into the bargain.

Prior to this period the cruise market was very US-centric and we only really saw cruising of any meaningful scale in Australia, Europe and the Med and even then only seasonally. Asia and South America, the Middle East and exploration cruises to the Polar regions were not developed markets at all. Since 2008 cruising has become a global phenomenon with the biggest gains seen in Asia, China especially, and Europe which are now year-round cruise powerhouses in their own right.

There is never a good time to have a global pandemic but in many ways Covid was especially poorly timed for the cruise majors. All were just coming off of or right in the middle of a huge fleet renewal and expansion project and the dozens of newbuilds they were bringing in were in many cases coming with a ticket price (and financing) of over a billion dollars each. Global financial markets were in a state of uncertain flux and then Covid hit. By the time any of us knew there was a real problem, the virus was running riot and panicked Governments and health authorities did not know how to respond. We all saw sections of the news media feeding like a self-service buffet from the ongoing breakouts on Diamond Princess and the rest.

Many predicted the end.

Crews were repatriated and in many cases laid off as the vessels sat empty at anchor. About 20% of the world cruise fleet by number of vessels has as of May 2021 gone for scrap or is laid up pending scrapping for when the scrap price goes up. The cruise majors lost untold billions. Several cruise companies folded and a couple of bunker companies had to arrest ships…

The operational pause has been used to modify and renovate tonnage and changes have been made to make cruising safer even in a pandemic, than it was

You could be forgiven for wondering if there is a cruise industry at all now, such is the negativity surrounding anything affected by Covid.

The thing is, none of the big cruise players folded. Nobody even declared Ch.11 in the US (unlike the airlines in the US since 2000 who used the process on many occasions, sometimes more than once each), even though this was open to all the US-based players. All the vessels that have gone for scrap were more than 20 years old and all were less environmentally friendly than their newer and much more efficient fleetmates. The cruise companies that did go bust – Jalesh Cruises, CMV and a couple of smaller players - were not in the best situation financially to begin with and had older ships.

The operational pause has been used to modify and renovate tonnage and changes have been made to make cruising safer even in a pandemic, than it was. Newbuilds in some cases have been held for delivery until the pandemic is over. Vaccinations and rapid testing mean that another outbreak on a cruise ship is now unlikely and the cruise companies have made a lot of changes to their offerings and procedures to ensure passenger and crew safety. We've seen the last of the self-service buffet, that is for sure.

By the end of Q1 of 2022 we are, all going well, likely to see something like a full resumption in most of the major cruise regions. There is a busy six months coming up.

This summer we are seeing the return of cruising, with P&O, Regent, Princess and others reporting "the busiest period ever" on website bookings for new cruises, even where the ship just cruises around the UK. The CDC is edging closer to giving the green light for the return of large-scale cruising to US ports and this will come back incrementally at first, but it is coming back. By the end of Q1 of 2022 we are, all going well, likely to see something like a full resumption in most of the major cruise regions. There is a busy six months coming up.

UK starts this month. The Med and Caribbean will follow quickly after, Middle East and Scandinavia next, then Alaska, South East Asia, China, Japan and finally Australia which will take a bit longer. Cruising is coming back.

It is one of those cases where you focus the credit analysis on the balance sheet structured debt and the real world value of the fleet not the share performance or what others are saying.

The firm made the point in its first-quarter results on Thursday, in which it revealed it dropped to a $71.7 million loss from a $226.2 million profit a year earlier.

The ship -- formerly operating as a conventional bunker barge under the name Oslo Tank -- has been remodelled as an LNG bunkering vessel under the name Bergen LNG.