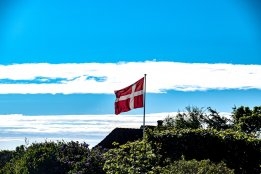 The case is being heard at a Danish court. File Image / Pixabay

Lawyers accusing Dan-Bunkering of involvement in EU sanctions breaches have said two tankers at the heart of the case had their AIS tracking systems turned off at the time of their alleged shipments to Syria.

The evidence was raised in the second day of the court case involving Dan-Bunkering, its parent firm Bunker Holding and CEO Keld Demand in Denmark on Tuesday, according to Danish newspaper Fyens Stiftstidende. The case revolves around 33 deals with Russian counterparties in 2015-2017 where the oil ultimately ended up in Syria in breach of EU sanctions.

The ships, the Mukhalatka and Yaz, allegedly took jet fuel cargoes loaded in Greece, Turkey and Cyprus to the Syrian port of Banias. Prosecutors say they have information from Banias port inspectors via US investigators to show this, but the AIS data record does not, the newspaper said.

The defence said Dan-Bunkering's involvement with the trades ended at the point at which the fuel was loaded.

The case continues. The two companies and Demant deny the charges, and Bunker Holding has said its internal investigations have found no evidence of any employee having knowledge of sanctions breaches.

The company has also set a target of a 30% reduction in emissions from its ocean freight activities by 2030.

The arrival of the Rayah in Bahri's fleet takes its total VLCC count to 42 vessels.