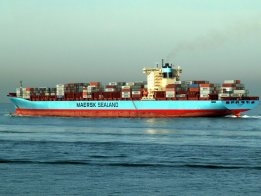 Shipping and logistics giant Maersk, the largest consumer of bunker fuel in the world, saw a 6.5% drop in its marine fuel consumption in the third quarter, the company said Wednesday.

The yearly decline reflects the impact of the COVID-19 pandemic on the global economy and trade. But container shipping has been faster to recover than other parts of the shipping industry, and other segments are likely to have seen much steeper falls in their bunker consumption.

Maersk's improvements in its fuel efficiency stalled in the third quarter, according to its earnings release. The company reported bunker consumption of 39.8 grams per TEU per nautical mile, up by 0.8% from the 39.5 g/TEU*NM seen in the same period of 2019.

His role will be to "optimize Bunker Holding's market leader position by supporting the Group's continued efforts to consolidate the international bunker industry."

Goals include boosting competitiveness and resilience in a post-COVID new normal.

First major change for the Durban-based bunker company since it was established in 1984.