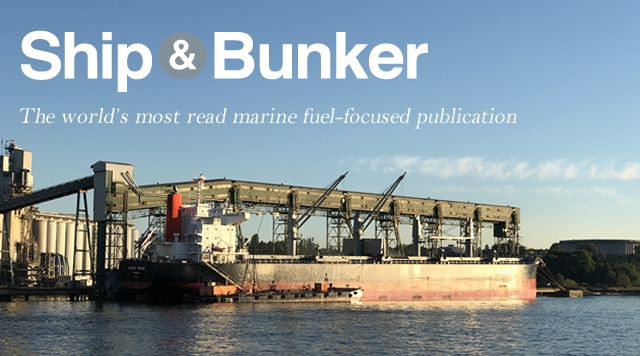 Ship & Bunker is proudly produced by a team of highly experienced individuals who collectively has over 70 years' experience providing news and information for the bunker and maritime markets.

Martyn is the founder and Managing Director of Ship & Bunker, the world's most read publication focused on marine fuel. His career in building information systems and online publishing spans over 20 years. Prior to launching Ship & Bunker in 2012, he was one of the key figures in the growth and global expansion of marine fuel publication Bunkerworld. Martyn is based in Vancouver, Canada.

Paul has been supporting stakeholders in the marine fuel and shipping industries with their marketing needs for almost 20 years. His wider career working within the publishing industry spans over 35 years and has included previous appointments with Bunkerworld and S&P Global Platts. Paul is based both in London, UK and Jamaica.

Jack is an experienced financial editor and reporter with a first-class degree in Arabic and Russian, a postgraduate diploma in newspaper journalism and several years' history of covering the oil and shipping industries and capital markets. His career has included appointments with Bloomberg, Argus Media, and S&P Global Platts. Jack is based in London, UK.

Julian is a seasoned journalist with over 20 years' experience covering the maritime and energy industries. In addition to being the former editor of the Oxford-based Bunkernews in the late nineties, his career has included appointments at Lloyd's List, Tradewinds, Bunkerworld, and S&P Global Platts. Julian is based in London, UK.

Geetu is an experienced bunker price analyst who first entered the industry in 2011. Her career includes several years as a Senior Bunker Price Analyst with Bunkerworld. Geetu is based in Mumbai, India.