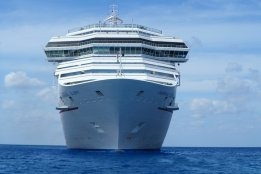 Cruise operator Carnival Corporation expects 75% of its fleet to be in operation again by the end of 2021.

Eight of the company's nine brands have announced plans to resume cruises on 54 ships by the end of the year, Carnival said in a statement on its website on Tuesday. Half of these ships are homeported in the US.

A ninth brand, Carnival Cruise Line, plans to bring nine more ships back into service this year, meaning its whole fleet will be in operation.

Bunker consumption from cruise vessels historically took up about 4% of global demand, and its return will be felt particularly at ports where the cruise industry is responsible for the bulk of marine traffic.

"Collectively, the brands are continuing to resume operations from ports around the world using a gradual, phased-in approach, including sailings in the US, Caribbean, Europe and Mediterranean, along with itineraries planned in Central America and to Antarctica, among others," the company said in the statement.

"The cruises include enhanced health protocols developed in conjunction with government and health authorities, and informed by guidance from the company's public health, epidemiological and policy experts."