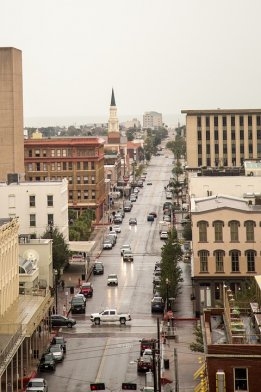 The new operation will be supplying LNG bunkers at Galveston by the end of 2021. File Image / Pixabay

Port authority Galveston Wharves has signed a deal to bring a new LNG bunker supply operation to the port later this year.

Galveston Wharves has signed a memorandum of understanding with gas company Stabilis Solutions to facilitate the use of LNG bunkers at the port, it said in a press release on Tuesday.

The two organisations will work together to identify dock space for shore-to-ship LNG bunkering, seek regulatory approval, identify customers and carry out supply operations. Stabilis will supply the infrastructure, including LNG produced at its liquefaction facilities in Texas and Louisiana.

The supply operation should be set up by the end of this year.

"The use of LNG as a marine fuel is critical for marine operators to reduce their emissions profile, and Stabilis is building a North American network of LNG bunkering locations to provide this critical service to our marine customers," Jim Reddinger, CEO of Stabilis, said in the statement.

"The Port of Galveston is the second LNG marine fuelling location (along with the Port of Corpus Christi) that Stabilis will operate on the Gulf Coast.

"As our marine customers pursue their environmental, commercial, and operational goals in the energy transition, Stabilis will be there to support them."

The firm is operating in more than 80% of the world's key bunkering regions.