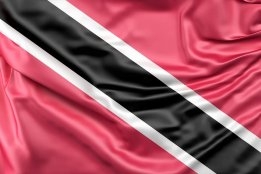 The prospect of using methanol as an alternative marine fuel in the Caribbean regional market has moved a step closer with an agreement reached between two local players.

Trinidad's National Energy company and Methanex Trinidad, a subsidiary of the Canadian methanol producer, are to conduct a feasibility study on the use of the alternative marine and transport fuel.

The study's remit will also look at domestically produced methanol as a viable source of supply to the marine and inland transport sectors, according to local news provider the Trinidad & Tobago Guardian.

"It is an attractive pathway compared to conventional transport fuel and a step towards Trinidad & Tobago's green agenda targets," he was quoted as saying.

About a third of Methanex's fleet, which operates as Waterfront Shipping, comprise methanol-fuelled tankers.

Demand in the U.S. shows no signs of slowing.

The company is looking for candidates with experience in bunker fuels, IMO regulation and quality control.