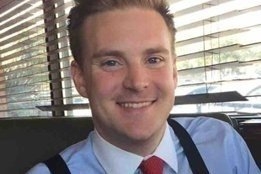 GCC Bunkers this month will begin offering HSFO in the Offshore Gulf of Mexico market, and plans to follow by offering in the inland Houston market by late September.

The addition of HSFO in both locations adds to GCC Bunkers’ existing offering as a supplier, who now offers HSFO, VLSFO and MGO in the greater inland Houston area as far East as Lake Charles and as far West as Freeport, and the offshore Gulf of Mexico from Southwest Pass to Corpus Christi lightering areas.

“Based on the request of some of our top customers, we have made the decision to expand our product offering by adding HSFO supply capability to our offshore vessel the Tosna Star in early October, and by barge in the greater Houston area by mid-October,” said GCC Bunkers Commercial Director Zach Stansbury.

“We will provide the unique service of offering consistent HSFO supply in both the offshore and the inland Houston markets.”

The expanded product offering comes as part of a series of business expansion moves by GCC Bunkers over the last 3 years, which now includes Inland Houston Bunkering, Offshore Gulf of Mexico Bunkering, Supply and Blending of HSFO, VLSFO and MGO, and refining at Texas International Terminals in Galveston, which produces VLSFO, MGO and Naphtha.

Contact details for enquiries or further information are as follows: