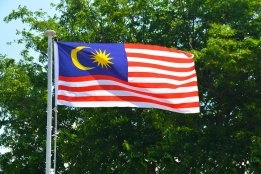 Malaysia's bunker market has been busy since the start of 2021. File Image / Pixabay

Malaysian manufacturing firm Techfast Holdings, which announced a diversification into the bunker business in January, is now seeking to expand its bunker supply capacity to Singapore and Hong Kong and is mulling a move into LNG bunkering.

"As part of our growth strategies, we are eyeing expansion into international ports such as in Singapore and Hong Kong," Malaysian news provider The Star cited Vincent Tan Wye Chuan, executive director of Techfast, as saying on Monday.

The firm is also looking to buy its own bunker delivery vessels, and will seek to expand into LNG bunkering once its conventional fuel business has been established, The Star reported.

In January Techfast said it was seeking to diversify its business into the bunker industry and hire five employees into a new petroleum trading division.

Last month Techfast said its subsidiary Fast Energy had agreed to provide marine fuels supplier Wise Marine with 10,000-30,000 mt/month of bunkers over the next three years.

Singapore's year-to-date total was 45.8 million mt, up by 0.6% from the same period a year earlier.

Cheung Man Kim has stepped down as company secretary and authorised representative of the company as of January 5.