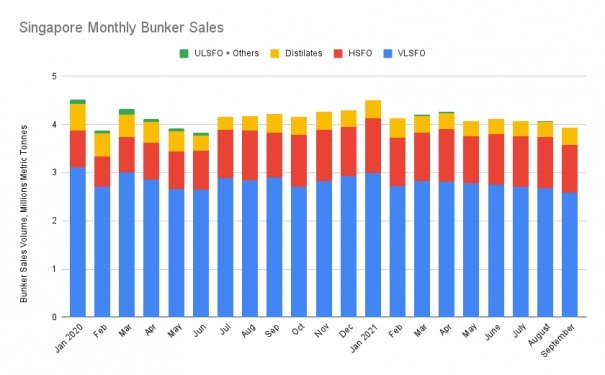 Bunker demand in Singapore, the world's largest marine fuels hub, dropped to the lowest level in 15 months in September with the ongoing slowdown in shipping activity in Asia.

The city-state's total demand fell to 3.9 million mt in September, according to preliminary data from the Maritime and Port Authority, down by 6.7% from the same month a year earlier, by 3.4% from August 2021's level and the lowest monthly total since May 2020.

The average stem size last month was about 1,270 mt.

The yearly decline is from a period in 2020 when shipping activity in Asia was returning to normal after the worst of the COVID-19 pandemic's impact. September 2020's sales level was the highest since March of that year. That recovery now appears to be faltering with renewed concerns about infection levels going into the winter.

There were 3,098 vessel calls for bunkers in September, 2.9% lower than the level seen a month earlier. That left the average stem size last month at about 1,270 mt, compared with the 12-month average of 1,250 mt. 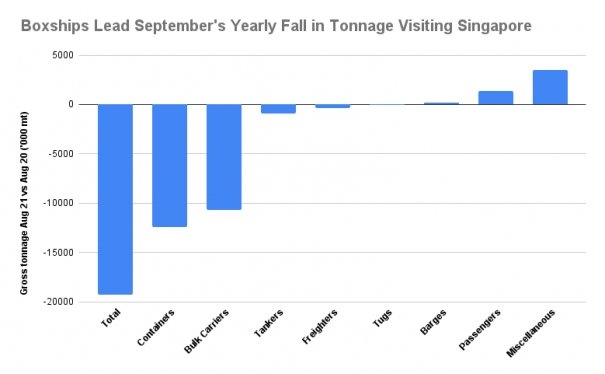 The total gross tonnage visiting Singapore dropped by 8% on the year to 221 million mt. This decline was led by the container segment, which lost 12.4 million mt, and by a 10.7 million mt drop in bulker tonnage.

UECC backs the idea of aggressive emissions targets from the EU.