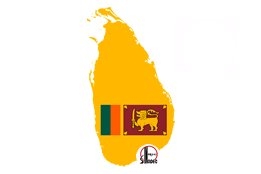 Oil and gas giant Sinopec, also known as China Petroleum & Chemical Corporation, has won the tenders to take control of bunkering projects at Hambantota, tightening China's grip on the Sri Lankan port in the process.

China Mechants Port Holdings took over the running of the port at the end of 2017 via the Hambantota International Port Group (HIPG) vehicle, and has since set its sights on turning it into a bunkering hub as part of wider plans to boost the port's fortunes.

Sinopec ultimately won both the bid to operate the tank terminal and use the facilities to trade fuel oils.

"They were significantly better on oil trade, and marginally better on the operator," Saliya Wickramasuriya, senior adviser to the HIPG chief executive, told Lloyd's List on the sidelines of its recent Smartport Forum..

"Due to their global networking strength, Sinopec will be in a position to offer competitive pricing, opening doors for local parties hoping to provide bunkering services. We plan to expand the port's capacity - in fact we estimate the volume to surpass 1 million TPA (tons per annum) in the space of five years, bringing us closer to our goal of establishing Hambantota Port as a bunkering hub in South Asia."

Vessel chartered from Mitsui OSK to be based in Fos.