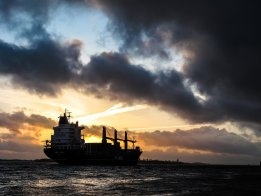 A biofuel trial for an ocean-going ship bunkered in Singapore has been successfully completed, according to ship charterer and dry bulk firm BHP.

"This trial is the start of a process for GoodFuels of facilitating more structural supply of sustainable marine biofuels in Singapore, in a commercial, operational and technically feasible manner," the company said.

BHP said that incorporating the alternative bunker fuel into its overall transport strategy forms part of its plans to reduce its carbon footprint.

"The key objectives of the biofuel bunkering trial include understanding the behaviour of the fuel (such as emissions), assessing engine and vessel operational performance during the trial as well as exploring the technical and commercial merits and challenges of biofuels as a marine fuel," BHP said in a statement.

"The trial will enable us to develop an informed strategy on the structural supply and use of biofuels to support BHP's key shipping routes," the company added.

Biofuels are seen by shipping companies as a viable alternative to oil-derived bunker fuel.

The firm used about 3.15 million mt of bunkers in the nine months to September 30.