UK to Include Shipping in 78% Carbon Cut Plan 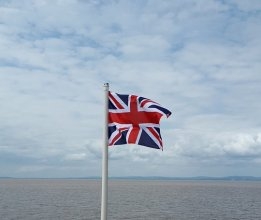 UK government officials have previously expressed interest in emulating the European Union in launching an emissions trading system and applying it to shipping. File Image / Pixabay

UK Prime Minister Boris Johnson is set to announce that shipping will be included in the country's plan to cut carbon emissions by 78%.

Johnson is due to announce the plan later this week, news agency the BBC reported on Tuesday.

The UK's plan, based on the advice of an independent committee, is to set a target of cutting carbon emissions by 78% from 1990's levels by 2035. How this will apply to shipping has yet to be revealed, and further details are likely to emerge in the run-up to the 2021 UN Climate Change Conference, being hosted in Glasgow in November.

UK government officials have previously expressed interest in emulating the European Union in launching an emissions trading system and applying it to shipping. A key question will be whether the rules are just applied to ships registered to the UK flag, or to all ships visiting UK waters.

"Our aim is to transit progressively into alternative fuels such as LNG, methanol, ammonia and biofuel," global director Nick Browne told Ship & Bunker.

The bank's report, titled 'The Potential of Zero-Carbon Bunker Fuels in Developing Countries', analyses the prospects of biofuels, hydrogen, ammonia and synthetic carbon-based fuels in the future of the marine fuels industry.

The company is looking for candidates with at least five years of experience in customer-focused oil or bunker trading or the maritime industry.