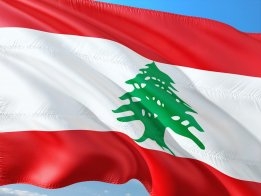 Container lines Hapag-Lloyd and CMA CGM have set out the impact on their businesses of Tuesday's explosion in Beirut.

Hapag-Lloyd has cancelled Beirut calls for two of its ships already, with the first discharging its Beirut cargo at Damietta and the second at Tripoli, it said in a note to customers Thursday.

The company is temporarily not accepting any cargo to and from Beirut 'as a precautionary measure', it said.

Meanwhile CMA CGM reported on Wednesday that two of its 261 staff in Beirut were seriously injured, and its Beirut office severely damaged, in the blast.

The CMA CGM LYRA was only 1.5km away from the explosion, but remained undamaged, the company said.