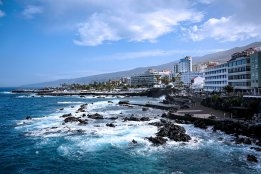 The Tenerife refinery in the Canary Islands has been shut down since 2014. File Image / Pixabay

Canary Islands-based storage firm Petrologis Canarias has seen little impact on its operations after being hit by a cyberattack last week.

The attack affected only a few of the firm's computers, and its operations and internal software were not affected, an employee of the company told Ship & Bunker on Tuesday.

Petrologis Canarias owns and operates 73,500 m3 of fuel oil, gasoil and LCO storage at the Port of Las Palmas.

The Canary Islands bunker market has relied on imported products since output was halted at Cepsa's Tenerife refinery in 2014.

Expected to be commissioned in the first half of 2022.