Moller Given Jail Sentence For Role in OW Bankruptcy 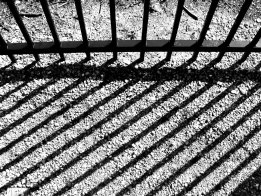 Lars Moller, who ran OW Bunker's Singapore subsidiary Dynamic Oil Trading at the time of the parent company's collapse, has been sent to jail for 18 months.

The former bunker manager was found guilty of a breach of trust by a Danish court Wednesday, Reuters reports citing local media.

Moller was charged with granting credit outside his mandate amounting to more than 800 million Danish crowns ($125 million).

The outstanding debt triggered the company's collapse in 2014 even though it had floated on the Copenhagen stock exchange in the same year.

At the time, it was one of Denmark's biggest companies by valuation.

The new operation will be led by Peter Beelenkamp, formerly of Trefoil International and SK Energy Europe.

Crude Prices Mixed on Inventory Build as Czech, Denmark, and Other Countries Reopen Their Economies

Meanwhile, the IEA says April will be remembered as "Black April" for the oil industry.

The two VLCCs are due for delivery by April 2022.