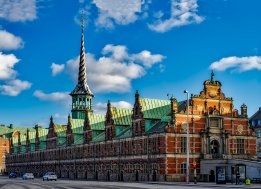 The new hire will be based in Copenhagen. File Image / Pixabay

Urszula Uszko has joined Maersk in Copenhagen as of this month, she said in an update to her LinkedIn profile on Monday.

Uszko has worked for BP since 2006, serving as a biodiesel trader since 2013 and a ship charterer before that.

The hire may signal a plan on Maersk's part to take on more biofuels as it seeks to bear down on its carbon footprint. The company plans to run its first carbon-neutral vessel, a 2,100 TEU feeder vessel due for delivery in mid-2023, on green methanol.

Salaries are starting to pick up as a result.