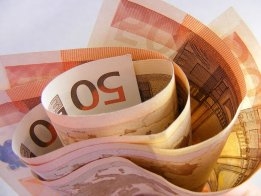 Spanish energy firm Repsol is to invest in green energy with a EUR 80 million ($90m) stake in hydrogen.

The firm is to build two plants in northern Spain.  One will be a net-zero emissions fuel facitlity based on green hydrogen generated with renewable energy and carbon dioxide captured at the Petronor refinery in northern Spain, according to Reuters.

The other plant will generate gas from urban waste replacing some of the traditional fuels used by the Petronor refinery, the company's chief executive Josu Jon Imaz was cited as saying.

"With this project, Repsol becomes a relevant player in reducing carbon emissions," Imaz was quoted as saying.

'Net-zero' refers to firms balancing emissions from their operations by investing in technology that can store carbon, or in natural sinks such as forests.

Repsol holds a majority stake in the Petronor refinery.