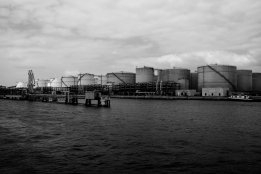 Oil stocks including those of bunker fuel at the Middle Eastern bunkering and shipping hub of Fujairah have risen to their highest level since late August, S&P Global Platts reports citing Fujairah Oil Industry Zone data.

Total barrels stood at 24.6 million in mid-December.  There were last higher on August 31 at 25.1 million barrels, according to the report.

Heavy distillates including fuel for power generation and bunkers were up 11% to 11.3 million barrels in the previous week (to December 14).

Middle distillate stock in Fujairah including jet fuel and diesel were stable at 6 million barrels, the report said.