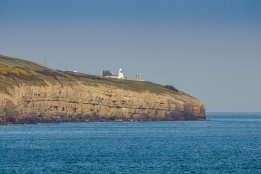 A UK ship services company based at the southern port of Portland is to install emissions abatement units, or scrubbers, for Chinese company Shandgong under an agency agreement.

Scrubbers allow ships to continue to use 3.5% bunker fuel as before being released into the atmosphere, the sulfur is captured by the equipment.

Intermarine's Portalnd base at is ideally located to service ships requiring scrubbers operating on the English Channel and trans-Atlantic shipping routes, according to the company as reported by local news provider the Dorset Echo.

While the take up of scubbing equipment has been slow to take off -- the number of ships with the equipment is in the thousands against a global fleet in the tens of thousands -- demand is expected to increase once the new cap of sulfur on bunker fuel is in place from the start of next year.

NSI is seeking to expand its presence in the US market.

The addition of the two companies takes Singapore's number of accredited suppliers to 45.