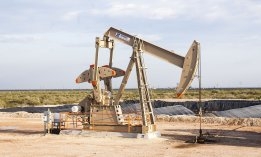 Oil prices may be buoyed if Saudi Arabia and Russia manage to reconcile next week. File Image / Pixabay

The OPEC+ group of oil exporting countries plans to hold an extraordinary meeting next week after March's collapse in crude, according to price reporting agency S&P Global Platts.

The coalition will hold a meeting via webinar on Monday, Platts reported Friday.

The producer group will aim to patch up relations between Saudi Arabia and Russia, after a spectacular falling-out between the two countries led to a collapse in crude prices as the producers started to increase production when the market had expected a cut.

But Russian energy minister Alexander Novak has yet to confirm his participation in Monday's meeting, Platts reported.

Crude prices have risen sharply since the end of March on renewed hopes of a reconciliation within OPEC+.

The company previously announced that it would not be applying the surcharge in May and June.