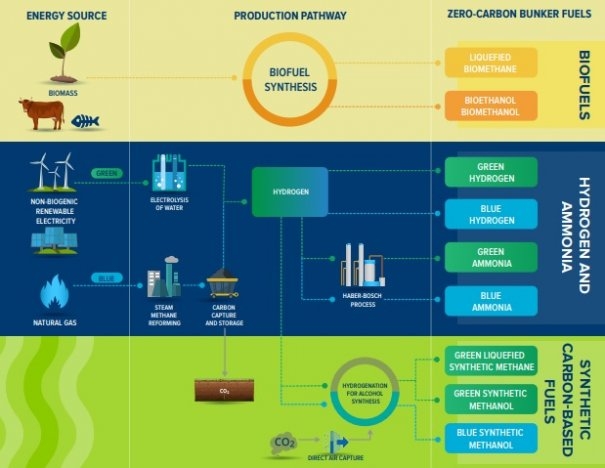 The World Bank has published new research on the future of bunker fuels in the decarbonisation era, arguing that ammonia looks the most promising option.

The bank's report, titled 'The Potential of Zero-Carbon Bunker Fuels in Developing Countries', analyses the prospects of biofuels, hydrogen, ammonia and synthetic carbon-based fuels in the future of the marine fuels industry. The report was published on Thursday.

The report was produced in conjunction with UCL's University Maritime Advisory Services (UMAS), with Tristan Smith leading the team.

"The multiple production pathways provide an important strategic advantage insofar as they help to alleviate some concerns about initial capacity limits and technology issues.

"Indeed, where possible, it may prove economically beneficial to start the production of zero-carbon bunker fuels with blue ammonia or hydrogen and then progressively transition to their green counterparts as renewable electricity prices decrease.

"However, this may also present a certain risk of “stranded assets” for blue ammonia or hydrogen infrastructure, which needs to be carefully assessed."

Green ammonia is considered preferable to hydrogen because of hydrogen's higher costs associated with storage and handling, according to the report.

Biofuels "are likely constrained to play a rather minor role" because of limited availability of sustainable feedstock and high demand across multiple sectors, the report's authors argue.

Meanwhile synthetic carbon-based fuels including synthetic LNG and green methanol are not expected to become a major energy source for shipping, according to the report, because the energy intensity of their production will result in 'economic challenges'.

The addition of hybrid and closed-loop models will assist owners working in areas where. open-loop models cannot be used

ABB to Work on Ten Electric Ferries in Lisbon

The new ferries will have total battery capacity of 1,860 kWh per ship.