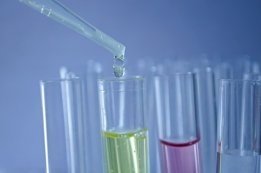 Fuel testing data appears to show the IMO 2020 transition has led to a drop in off-specification fuels. File Image / Pixabay

VLSFO blends -- treated as something of an unknown quantity since the IMO 2020 transition -- are now consistently coming with lower off-spec rates than the historical ones for both HSFO and MGO, according to testing firm VPS.

In 2021 of the samples sent to the company just 4% of the VLSFOs were off-specification on at least one property, Jack Grogan, senior account manager at VPS, said at IBIA's Bunkering & Shipping in Transition Conference on Wednesday.

"VLSFO is actually on-spec more often than gasoil, which is considered a higher-quality product," Grogan said.

"The overall message is that these are good fuels.

"The things you have to watch are the cold flow properties and destabilisation."

Of the VLSFO samples coming in as off-specification for sulfur content, the 'vast majority' are now falling in the 0.50-0.53% gap, Grogan said.

"Sulfur levels above 0.53% are actually pretty rare now in our system," he said.

Global gas prices have shot up in recent months, but as Ship & Bunker data shows, this has not been the case for all markets.

The firm now has HSFO supplies at the port of Mundra and is able to supply the fuel additionally at Vadinar, Sikka, Bedi, Kandla, Navlakhi, Dahej and Hazira.