Maersk: No Big Role for LNG Bunkers as Transitional Fuel 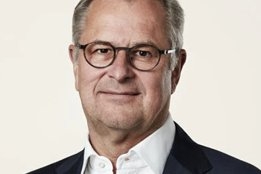 A.P. Møller - Maersk A/S (Maersk) does not see LNG playing a big role for the firm as a transitional fuel as it looks to cut emissions as part of an industry-wide move towards decarbonisation, says CEO Søren Skou.

"It is still a fossil fuel," Skou said of LNG Wednesday during the firm's latest earnings call.

"We would rather go from what we do today straight to a CO2-neutral type of fuel. But that will be years out in the future, I suspect."

Maersk Group has previously indicated interest in exploring LNG bunkers, including their involvement in a 2016 joint venture with Qatar Petroleum and Shell.

Skou's latest comments will presumably be a disappointment to gas bunker advocates who have been pushing for LNG's adoption with a narrative of it likely being the only truly viable alternative fuel choice the industry will have for several years.

LNG is currently leading the pack of potential alternatives to traditional oil-based bunkers, both in terms of adoption and media attention, but with Society for Gas as a Marine Fuel (SGMF) data indicating a total of 187 LNG-fulled vessels currently in operation and a further 247 on order, its use still represents a tiny fraction of the 60,000 vessel-strong merchant fleet.

As far as industry consensus goes, as highlighted again this week by shipowner associations representing over 90% of the world merchant fleet, it is believed the means to meet the industry's decarbonisation goals do not yet exist.

Clouding the picture further is the fact that IMO emissions rules are widely expected to tighten further in the coming years.

With the associated policy framework and rule set still a work in progress, and the recent debacle over using once-championed scrubber technology for IMO 2020 compliance still fresh in the minds of many owners, there are also political barriers to be overcome.

"We are very much aware of the technology risks for ordering ships at this point," said Skou.

"We would ideally like to figure out, and that's what we are working very hard on, what the future fuel should be and then start building ships that will fit or fit that type of fuel when we need them."

With the global economy also still firmly in the clutches of a COVID-induced slump, the reality for many owners is a decision on future fuel choice is currently a moot point.

"Since we're not really planning to order any ships anytime soon, frankly, we haven't really made up our minds on that question," said Skou.

IMO Secretary General Kitack Lim will open the proceedings on Tuesday with a keynote speech.

Meanwhile, a huge surge in air travel is expected in China.