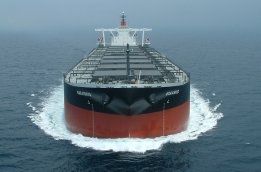 The Panama Ship Registry has released a statement emphatically defending its reputation against allegations on social media about its role in the recent environmental disaster in Mauritius.

The Panama-flagged dry bulk carrier Wakashio ran aground in Mauritius on July 25, and spilled around 1,000 mt of bunker fuel before breaking apart over the weekend.

A video circulating on social media attributes some of the blame for the disaster to the Panama registry and accuses it of being lax in the application of safety regulations, the organisation said in an emailed statement Monday.

"The Wakashio had passed all required inspections, it had the necessary insurance policies and it was safe to sail," the organisation said.

"The Panama Ship Registry deeply regrets the fuel spill off the coast of Mauritius as a result of this serious maritime accident and the Panama Maritime Authority has offered its full cooperation to the authorities of the island of Mauritius regarding the investigations into the causes of the accident.

"It is not only unfair but totally inaccurate to blame this accident on the Panama Ship Registry."

Shipping environmentalist finds hope amid the despair of 2020.

Carrier makes it a Merry Christmas for gas bunker advocates with $1bn order.