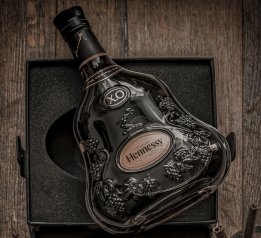 Cognac deliveries to America's East Coast are about to come with a reduced carbon footprint. File Image / Pixabay

Distiller Jas Hennessy plans to use sail cargo ships for deliveries of its cognac from France to the US, the company said Monday.

Last week Jas Hennessy signed a letter of intent with Nantes-based shipowner NEOLINE to commit to shipping 4 million bottles per year in containers from Montoir de Bretagne to Baltimore on board sailing cargo ships, the company said in an emailed statement.

The shipments will primarily be made using the ships' 4,200 m2 sails, resulting in a 90% reduction in their carbon footprint, the company said. The shipments are scheduled to begin in 2023, with one ship departing per month.

The ships will have a commercial speed of 11 knots.

"Jas Hennessy & Co's participation in the pilot line represents a first important step in our collaboration, which will be extended to the future of the transatlantic market," Jean Zanuttini, chairman of NEOLINE, said in the statement.

Widening bunker price spreads are making themselves felt in the tanker markets.