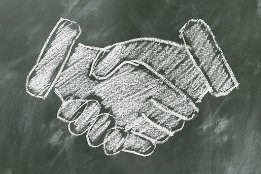 Ammonia is seen by many as one of the leading contenders to be among the carbon-free future marine fuels that replace oil.

"There is a lot of interest from owners and operators in the potential for new clean-burning fuels, and ammonia is thought to be among the most promising of these candidates. Wärtsilä has already made significant progress in testing ammonia, and we are pleased to work together with them to bring this to reality," says Youngkyu Ahn, Vice President, SHI.

"The adoption of a new generation of carbon-free fuels is central to a decarbonised future for shipping, so this JDP agreement represents an important step forward," says Östen Lindell, Sales Director, Wärtsilä Marine Power.

The firm tested a B50 blend of 50% biofuel with 50% MGO on board the Suezmax tanker Marlin Sardinia.

The ships will have dual-fuelled engines that can run either on methanol or conventional bunkers.