COVID-19 Squashed IMO 2020 Price Surge, But What Happens Next? 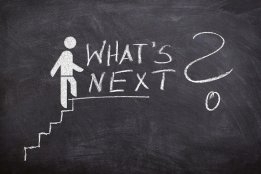 The bunker industry had been planning for spiralling bunker prices post IMO2020.  But that hasn't happened.

Instead, the emergence of the Covid-19 pandemic has punctured global demand keeping bunker prices deflated.

That unforeseen event may be a temporary respite for bunker players who otherwise would have been dealing with extreme price volatility. If it has been a respite, at least on the pricing side, it is one that is unlikely to last.

What the last nine months has done to risk in the bunker sector -- and what the next six months hold in store -- will be tackled at the International Bunker Industry Association Convention next month.

Speaking on IBIA's EMEA: Credit and Risk Panel are Jonathan Mcllroy, head of bunker trading at Al-Ghurair Energy, Panos Panousis, managing director of Infospectrum, and Sinan Utlu, senior credit manager at Monjasa. The session will be moderated by Julian Macqueen.

The panellists will discuss how IMO2020 and the global pandemic has affected the bunker industry.

They will look at the state of the current bunker market and what factors can be expected to shape the market going forward.

To listen to the debate and to put questions to the panellists afterwards, join the EMEA: Credit and Risk Panel on 4 November.

The IBIA Convention runs from 3 to 5 November.