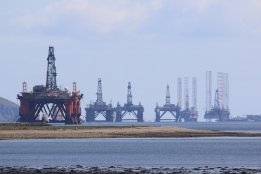 Oil exporter group OPEC+ has kept to its plans for a modest hike in crude output next month, despite calls for a more aggressive response to recent price jumps.

The group -- consisting of the core OPEC states and ten other countries including Russia -- will stick to a planned 400,000 bl/d hike in crude output next month, news agency Reuters reported on Monday. Energy ministers from the group's members held an online meeting on Monday.

Bunker prices have risen in tandem with crude this year. The global average VLSFO price stood at $583.50/mt on Friday, according to Ship & Bunker's G20 Index of prices at 20 leading bunkering ports, up from $421/mt at the start of 2021.

Oil consuming nations including the US had hoped for a greater increase in crude output to combat the recent surge in costs.

The move highlights how cargo owners, and not just shipowners, will have a say in the make up of the future marine fuel mix.

Pai Keng Pheng is alleged to have made three bunker clerks leave Singapore to make them unavailable for police investigations.