Over 200 Delegates Set to Gather for IBIA Annual Convention 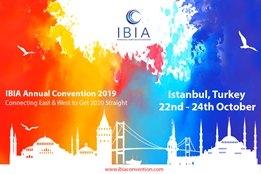 Over 200 delegates have already registered to attend this year's IBIA Annual Convention, the association has told Ship & Bunker.

The event takes place in Istanbul, Turkey from October 22-24.

"This is the conference of the year that everybody has been anticipating that takes palace just before the historical changes of IMO 2020," said Sofia Konstantopoulou, Global Head, Marketing & Events, IBIA.

"We are delighted to see such an enthusiastic response from industry stakeholders, and are encouraged by their desire to come together and share knowledge and ideas at this most critical of times for the bunker industry."

With an agenda rightly dominated by issues surrounding the new sulfur cap, Edmund Hughes, Head, Air Pollution and Energy Efficiency at International Maritime Organization, is fittingly among the slate of speakers.

He will be joined by Turkish ministers and key figures from several of the country's maritime and bunker associations, as well as representatives from the international stage including BIMCO, Intertek, Peninsula Petroleum, ExxonMobil, S&P Global Platts, OceanConnect, Cockett Marine Oil, Hafnia, and BMS United Bunkers.

Those wishing to attend but have not yet registered can sign up here: https://www.eventora.com/en/Events/ibia-annual-convention-2019

Fujairah Bunker Demand Dropped in May