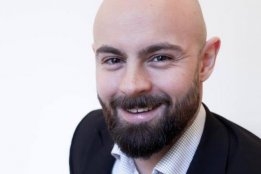 The comments follow a similar message recently made by scrubber advocate group Clean Shipping Alliance 2020 (CSA2020) and come after footage circulating on social media in September purported to show an engine room being flooded due to a scrubber malfunction, although this was played down by vessel owner Oldendorff.

Yara Marine's Anders M. Sørheim says a recent study by American stainless-steel manufacturer ATI, Evaluation of Alloys for Marine Exhaust Scrubbers – Effect of Welding and a Crevice, showed some alloys have a crevice corrosion rate of approx. 0.7 mm per year, while for other it is close to zero.

"Over the course of 10 years these crevice corrosion rates could in theory grow up to 7 mm deep, which in some cases is more than the thickness of the scrubber wall," he says.

"Such weak spots in the scrubber tower structure can lead to cracking or other fatigue issues caused by the constant mechanical vibration and the thermal expansion-contraction cycles onboard a vessel, which would result in scrubber leakages."

Welding work is also particularly important, he says, as even if a scrubber was built in pure nickel it could be susceptible to corrosion damages if the welds are substandard.

"A good rule of thumb is that the welding material should be of a higher grade than the material being welded together," he added.

Sørheim notes that rules set by class class societies such as DNV GL cover structural strength, hull integrity and other matters relating to the safety and availability of the main functions of a ship, but scrubber systems are not considered one of those main functions.

"When it comes to corrosion protection, DNV GL amended their rules for scrubber systems in 2017 to include the text: 'The exhaust gas cleaning unit and exhaust piping exposed to the cleaning water or treated exhaust shall be suitable for the corrosive properties of the two medias.'," he said.

"How well this rule is interpreted and enforced, however, is a different question. As we have seen, not all corrosion resistant alloys are sufficiently resistant to corrosion in the scrubber environment."

Without question, the biggest surprise from the roll out of IMO 2020 is what hasn't happened.

Some 121 crew members were kidnapped in the Gulf of Guinea last year, according to the ECSA.