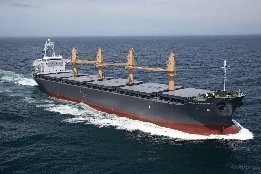 Oldendorff has played down suggestions a scrubber malfunction was responsible for the recent engine failure of its bulk carrier Helena Oldendorff.

The vessel suffered an engine failure on August 26 in Singapore.

A report last week from US-based environmental group Environmental Protection Alliance claimed the incident was the result of a flooded engine room following a failure with its scrubber system.

However, this version of events has been played down by Oldendorff.

"The scrubber systems that Oldendorff Carriers has fitted on our vessels are working well, we are achieving sulfur emissions well below the emissions of 0.5 percent compliant fuel required by IMO 2020," a spokesperson for Oldendorff  told Ship & Bunker in an emailed statement.

The repairs are expected to complete soon, while the exact cause of the engine failure is still under investigation, they added.