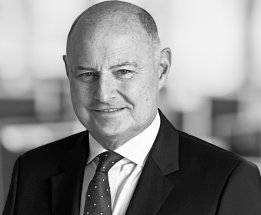 Marine fuels firm KPI OceanConnect is claiming a first among the large bunker trading companies in setting up its own alternative fuels division, to prepare for a likely shift among its customers away from the oil it currently sells them.

Wakeling is set to bring in expertise from across the company to develop its knowledge of alternative fuels and help its customers take their initial steps into these markets. He comes to the role with a long background in the shipping industry, having worked across various companies as a shipbroker, a cargo trader and a bunker broker.

We are looking at the different types of fuels -- and when there is a requirement, we will trade it.

In an interview with Ship & Bunker this week, KPI OceanConnect CEO Søren Høll said the firm would consider trading the new fuels once it has developed its understanding and assessed potential demand.

"At this stage, we are looking at the different types of fuels -- and when there is a requirement, we will trade it," he said.

"We have set up this new future fuels division to follow, guide, and gain even more knowledge by collaborating with our partners, basically to be able to facilitate not only the transaction but also the guiding and the knowledge sharing.

The idea behind the division is to help customers taking on their first ship capable of running on alternative bunker fuels, or those considering carbon offsets, and to assist them with information on how and where the fuels can be bought, the technical aspects and how they fit into the regulatory landscape.

As our customers change their buying needs, we're there to help them along that route.

"As our customers change their buying needs, we're there to help them along that route, whether it be via biofuels, LNG, ammonia or methanol," Wakeling told Ship & Bunker.

"We're also looking very extensively at this new legislation coming from the EU on the EU-ETS scheme because that's going to have a big, big impact on the markets.

"Even if one of our customers changed their entire fleet to LNG overnight -- which would be very difficult, of course -- there would still be a carbon footprint there, and if these vessels were trading into the EU, they would still need to offset that liability."

While the company may get involved in alternative bunker trades, it is not yet ready to take the leap into becoming a physical supplier in these markets, Høll said.

"At the moment, we are not looking into becoming a physical supplier of green fuels. We are, at this moment, at a very early stage, like most of the industry actually, to understand and to learn what the different types of opportunities are on this."

Asked if there was a possibility of conventional bunker suppliers missing out on the opportunity of getting involved in the new fuel markets, with firms from other industries like natural gas and petrochemicals keen to take their place, Høll acknowledged the risk but said he thought it an unlikely scenario.

What we will see is a more fragmented market, in terms of new suppliers entering the market with specialised know-how.

"I don't believe that will happen," he said.

"I think what we will see is a more fragmented market, in terms of new suppliers entering the market with specialised know-how on the various types of new fuels, and that would be combined with the conventional fuel market.

"There will be a number of new suppliers, and if you are open-minded, and we have already started looking into this, I don't see us as a company missing this opportunity.

"Because we have the platform, the knowledge, and with the number of expert we have across the offices, that will give us the necessary critical mass to focus and work on this."