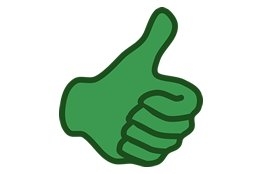 Carriage ban gets the thumbs up. File Image / Pixabay

While it is a non-issue at present (currently, the global average sulfur content for fuel oil bunkers is around 2.7% and the cap set at 3.5%) the move is widely seen as critical to enabling the effective enforcement of the upcoming IMO 2020 global sulfur cap for marine fuel.

The ban is expected to enter into force on March 1, 2020, which due to the process by which such amendments can be made is the earliest date possible.

With certain member states during the week were still angling for some kind of delay to the new cap, IMO thought it prudent to make it perfectly clear that the carriage ben amendment “does not change in any way the entry into force date of the 0.50% [sulfur limit on marine fuel] from 1 January 2020. It is intended as an additional measure to support consistent implementation and compliance and provide a means for effective enforcement by States, particularly port State control.”

Earlier in the week a proposal by Bangladesh seeking to delay the ban "until the economic availability and sufficient supply of low sulphur fuel oil is ensured" had gained some support.