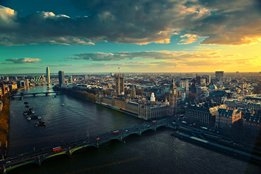 Former Integr8 staffers have formed a new bunkering outfit under the aegis of the Borealis shipping group.

The company, Aurora Marine Fuels, is in the process of getting organised to meet the bunker fuel needs of its parent company's ships.

Further down the line, the company, which will be based in London, hopes to expand beyond its core customer base.

The Borealis Maritime fleet comprises reefers, bulkers and tankers and the company has offices in London, Hamburg and Istanbul.

However, the Saudis warn of the "inevitability" of hiccups in our recovery.