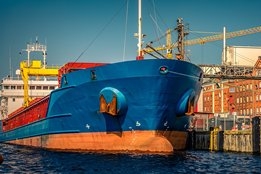 Majority of shippers not ready for IMO2020. File Image / Pixabay

A whopping 67% of shipping is still not ready for IMO2020, according to data from Bloomberg Intelligence.

A similar proportion of refiners, 65%, are also not ready for the new sulfur cap on marine fuel.

Ben Luckock, co-head of oil trading at Trafigura, believes market participants have been slow act as they were unsure when the new rules would come into force.

"It was announced so far in advanced but it's really only the last six to 12 months that people have spent money to take it seriously because they now believe it's going to occur," he told Bloomberg Commodities Edge.

DNV's latest data show the global gas-powered fleet now consists of 198 ships, with a further 106 on order and another 142 vessels labelled 'LNG-ready'.